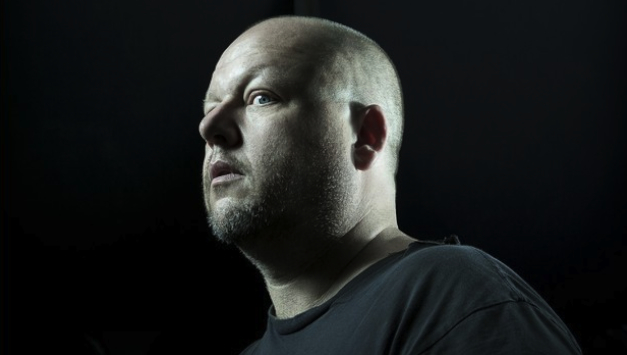 Why it’s daunting: Charles Michael Kittridge Thompson IV—a.k.a. Black Francis, a.k.a. Frank Black, a.k.a. Black Francis again—may never top the incendiary music he made in the ’80s and early ’90s with the Pixies, though he can’t be accused of not trying. Beginning with 1993’s Frank Black, released the same year the Pixies’ acrimonious breakup-via-fax went public, Thompson has chalked up more than a dozen solo albums, a few online-only affairs, and a handful of odds-and-ends collections under various names and band incarnations. The styles and genres he’s explored are just as varied: sci-fi alt-rock, back-to-basics bar-rock, Nashville-indebted country, and Pixies-flavored noise. Critics have been largely lukewarm to Thompson’s solo career over the years (Pitchfork dismissed his early records with backing band The Catholics as “jangly, Midwestern shit-rock”), but there’s plenty of essential material to be found—some of which can stand toe to toe with the best of the Pixies. Keeping track of it all, however, can be a daunting task, and with the reformed (and Kim Deal-less) Pixies now releasing new material, Thompson’s sometimes fans-only solo career has become an increasingly niche concern.

Possible gateway: Dog In The Sand

Why: Thompson’s first three solo albums—Frank Black, 1994’s Teenager Of The Year, and 1996’s The Cult Of Ray—were in many ways variations on a Pixies theme. His time with The Catholics, on the other hand, signaled a drastic downshift in both production and style. Recorded live to a two-track and favoring meat-and-potatoes rock over songs about Pong and Ray Bradbury, the early Catholics albums were rough by design, and miles away from Thompson’s previously fussed-over records. Of the six Catholics albums, 2001’s Dog In The Sand is the most sophisticated—and the most essential. From the cover art down, Dog In The Sand is a dusty, sepia-toned desert crawl through a forgotten Southwest landscape, full of abandoned communes (“Llano Del Rio”), bursting early-20th-century dams (“St. Francis Dam Disaster”), and ghostly visages of long-dead country singers (“If It Takes All Night”). Musically, swaths of pedal steel and Wurlitzer organs give the album a haunted, otherworldly feel, as evidenced on standout tracks like “I’ve Seen Your Picture” and “The Swimmer.”

In much the same way the Pixies’ loud-quiet-loud template was eventually adopted by bands like Nirvana, Dog In The Sand quietly anticipated the rising tide of alt-country, as well as the back-to-basics recording regimen soon embraced by groups like The White Stripes. (In a press release for the album, Thompson wryly writes, “I foresee a time when we will record to wax cylinder, or perhaps a release only on sheet music.” Jack White and Beck were obviously taking notes.) Thompson has since moved on from Dog In The Sand’s moody Americana, but the album represents a second-act high-water mark, and points to the more country-leaning sounds that would follow.

Next steps: Thompson wasted no time in launching his solo career after grounding the Pixies in 1992. Originally planned as a covers album, 1993’s Frank Black found him teaming up with Pixies guitarist Joey Santiago and Pere Ubu keyboardist Eric Drew Feldman (who had previously worked and toured with the Pixies) and fully indulging in the sorts of songs and arrangements he had begun exploring on Trompe Le Monde. The first three tracks give a thrilling indication of what’s to come: the sprawling “Los Angeles”; the bittersweet “I Heard Ramona Sing” (a love letter to the Ramones); and a searing take on The Beach Boys’ “Hang On To Your Ego” (the only cover to survive the cut).

The rest of Frank Black is a densely produced trip through Thompson’s new alter ego, full of beefy horns (“Fu Manchu”), weirdo synth (“Places Named After Numbers”), and dashes of Tex-Mex (“Brackish Boy”). Unfortunately, none of those elements were terribly in vogue in 1992, and critics still smarting from the Pixies’ breakup damned it with faint praise. (Entertainment Weekly: “For the sake of the children, we can only hope Black gets this fling out of his system.”) Frank Black’s reputation has drastically improved over the last 20 years, and “Ramona” even popped up on the Scott Pilgrim Vs. The World soundtrack in 2010, leaving countless teens and twentysomethings wondering what “pulling a Menudo” means.

Released the following year, the cheekily titled Teenager Of The Year (Thompson was all of 29 when it was released) takes Frank Black’s experimentations, chews them up, and spits them out over 22 style-shifting tracks. One of those tracks, “Headache,” enjoyed a respectable run on both 120 Minutes-era MTV and alt-radio, though it’s hardly an indication of Teenager’s musical ADD. Openers “Whatever Happened To Pong?” and “Thalassocracy” verge on metal, while “Sir Rockaby” and “Fazer Eyes” find Thompson at his most tender and poetic. But instead of coming off as a collection of half-formed, Guided By Voices-like sketches, the record pulls itself together on the strength of it’s seemingly endless hooks and musical left turns. Teenager Of The Year is an embarrassment of riches, and one of the great overlooked albums of the ’90s.

Thompson re-adopted his Black Francis moniker in 2007, and his two subsequent releases served as solid reintroductions to his original persona. 2007’s Blue Finger—inspired by the work of Dutch artist and musician Herman Brood—hits plenty of high notes with the alternately guttural and spazzy “Captain Pasty,” the jagged “Threshold Apprehension,” and the terrifically bleary-eyed title track.

2008’s Svn Fngrs EP, meanwhile, is worth a listen just for the stomping “When They Come To Murder Me,” a song that sounds like a long-lost (but more refined) cut from Frank Black And the Catholics’ self-titled 1998 LP.

Where not to start: Thompson’s mid-’00s Nashville phase may have sounded good on paper—assemble a crack team of seasoned studio musicians, crank out dozens of songs as quickly as possible—but the results played more like an artist dutifully following in someone else’s footsteps than following an actual muse. Both 2005’s Honeycomb and the 2006 double album Fast Man Raider Man feature a murderers’ row of legendary players, including Levon Helm, Al Kooper, Jack Clement, Bob Babbitt, and Jim Keltner. Unfortunately, save for a few highlights (“Strange Goodbye” fromHoneycomb, “If Your Poison Gets You” from Fast Man Raider Man), the albums feel overly studied and mannered. Thompson explicitly stated that Honeycomb was his attempt at his own Blonde On Blonde (he flirted with the idea of naming it Black On Blonde), but even Dylan needed more than a stellar backing band to find inspiration in the Nashville skyline.

Likewise, the last few Black Francis albums have been better in theory than in practice. 2010’s NonStopErotik is largely forgettable despite song titles like “When I Go Down On You,” and 2011’s Paley & Francis—a quickie collaboration with Reid Paley—never manages to take off. Happily, new releases from the Pixies suggest Thompson is putting his solo career on hold, perhaps giving him time to reassess and recharge his own music. What persona that music will be channeled through, however, remains to be seen.