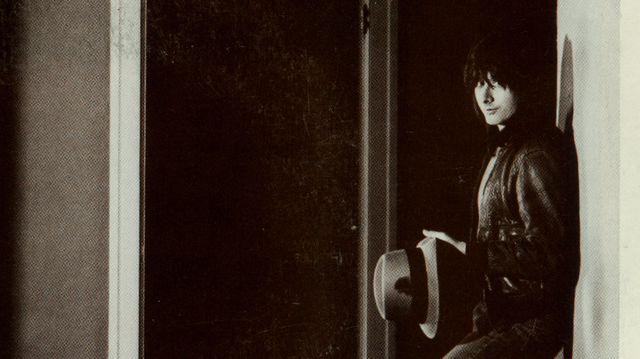 In Hear This, A.V. Club writers sing the praises of songs they know well—some inspired by a weekly theme and some not, but always songs worth hearing. This week, with Father’s Day just behind us, we ask “what song reminds you of your dad?”

Whenever I think of my dad and music, I think of two things: Elvis (my father was/is something of an amateur Elvis impersonator—a subject too wonderfully bizarre to unpack here) and Steve Perry’s “Oh Sherrie.” (You know, the “hold on” song.) I don’t remember my dad listening to a lot of music when I was growing up, but I have this image seared into my brain of my father sitting in front of our family’s old turntable, giant ’70-style headphones on his head, listening to Perry’s heart-on-its-sleeve solo hit over and over and over again. I suppose his obsessive love for the crown jewel of 1984’s Street Talk makes sense—does anything say “dad rock” to a certain generation quite like Steve Perry and/or Journey?—but when a 6-year-old me asked him why he dug it so much, I remember getting a vague, cagey response. Maybe there was a weird grown-up explanation for his “Oh Sherrie” fandom that I wouldn’t, couldn’t, or shouldn’t understand. Maybe he was simply ashamed of listening to such a cheeseball hit from an artist that wasn’t named Elvis. (Oh, let’s be honest: there was nothing shameful about listening to Steve Perry in the early ’80s.) Either way, whenever I stumble across “Oh Sherrie” these days via bar or iPod shuffle (I’m not ashamed), I’m instantly reminded of my dad. Musically, the song doesn’t do much for me—the chorus always seems like a killer hook in search of better lyrics—but I’ll forever be fascinated by my dad’s unexplained obsession with Steve Perry’s ode to love, a girl named Sherrie, and holding on.