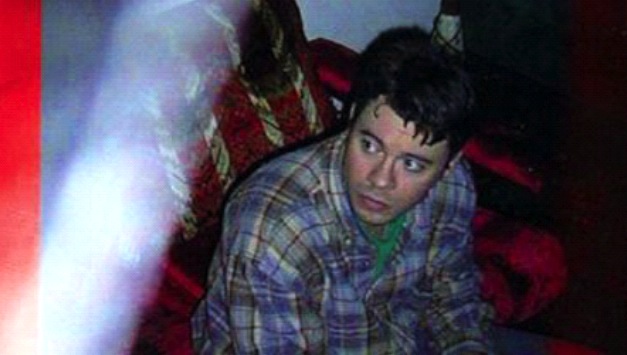 The past decade is strewn with dozens of fawning, full-length music documentaries that revived the careers of fringe and half-remembered artists. Think The Devil And Daniel Johnston, Anvil: The Story Of Anvil, or Searching For Sugar Man. (Over at Grantland, The A.V. Club’s old pal Steve Hyden went so far as to coin these sorts of docs “Sugar Man” movies.) No matter how unknown or unheralded the musician, these documentaries tend to hail their subjects as unfairly overlooked geniuses, the heirs apparent to The Beatles, Metallica, or Bob Dylan. In doing so, they typically give their subjects a tasty dose of semi-mainstream fame and a suddenly viable career, if only for a fleeting moment.

Little-known Cleveland singer-songwriter Bill Fox hasn’t received the “Sugar Man” treatment (yet), but his long-dormant profile was given a boost back in 2007 thanks to a fascinating feature story in The Believer. In the piece, author Joe Hagan travels to Ohio to find Fox, who, after fronting ’80s garage-rock trio The Mice and releasing two solo albums of haunting indie-folk for SpinArt in the ’90s, more or less vanished. (In accordance with Fox’s circa-2007 wishes, The Believer has refrained from posting the story online, though a PDF copy can be found on Hagan’s personal website.) Throughout the piece, Hagan wonders why someone as talented and promising as Fox would simply walk away from music and assume the life of a 9-to-5 schmo.

The song that figures most prominently in Hagan’s piece is “My Baby Crying,” a track from 1998’s Transit Byzantium. It’s easy to see why. Straight out of the gate, Fox attacks the song more like a proclamation than a simple acoustic ditty: “Hold the bell / I carry news that I have got to tell / Hold your head out and you can hear / My baby crying” he sings in the opening verse. What follows is a song both deeply personal and universally literate, switching gears between navel-gazing laments (“Sometimes I feel like a lover in vain / I fail to protect her from the forces of pain”) and cryptic biblical allegory (“Bring out the shroud / The rebel prophet just got stoned by the crowd”). “My Baby Crying” has all the rough hallmarks of a genius-in-his-bedroom song, highlighted by Fox’s unmistakable reed and sandpaper vocals. Just listen to the way his voice cracks with disdain on the line “Two hipster agents who will market the sound / Of my baby crying” and try not to agree with Hagan’s conclusion that Fox is the “last singer who ever felt what he sang.”

Bill Fox may have initially balked at the attention generated by The Believer piece, but he eventually came to embrace it. He started playing shows again, arranged for the re-release of SpinArt’s Shelter From The Smoke in 2009 on Scat, and released a new album, One Thought Revealed, in 2012. He hasn’t quite reached the lofty heights of Sugar Man’s Rodriguez, though that level of recognition may only be one more converted fan—and possibly one documentary—away.