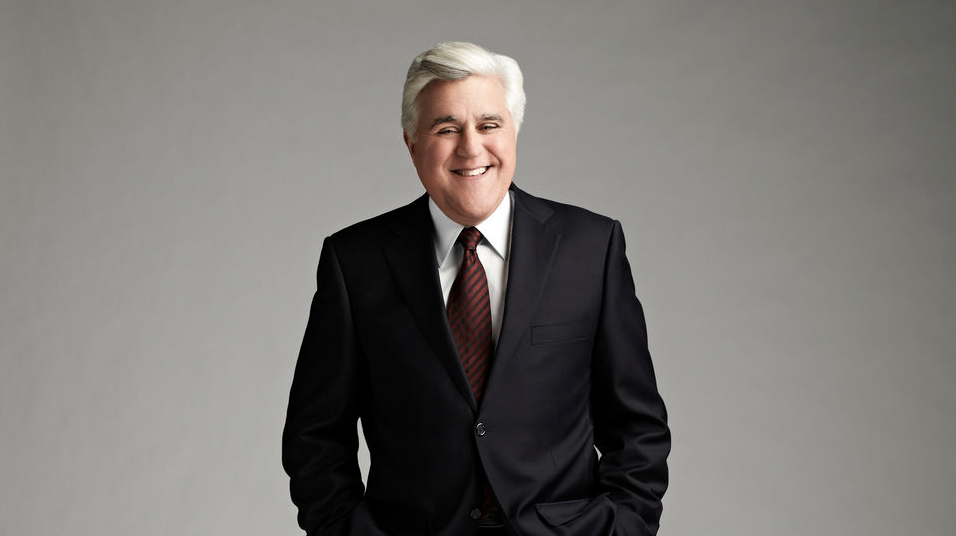 On Thursday, February 6, Jay Leno will take his final bow (again) as host of The Tonight Show. Few tears will be shed. For a certain subset of viewers—a.k.a. anyone under 50—Leno stood for everything wrong with late night: hacky jokes (“Did you hear about this?”), hopelessly lame bits (“Jaywalking,” the Dancing Itos, etc.), and painfully chummy celebrity interviews. Misprints in Chinese takeout menus were milked for every cheap guffaw possible, and everyone this side of Jim Parsons was Leno’s “buddy.” But it gets much, much worse: Leno is particularly loathed for his role in usurping The Tonight Show from heir apparent David Letterman in 1992, and, even more damning, for his callous and seemingly mean-spirited takeover of the show a mere seven months after it was given to Conan O’Brien in 2009. To call Jay Leno lame is an understatement; he was, hands down, late night’s greatest denim-clad villain.

But Leno’s impending departure (again) leaves a nagging question: How, exactly, did someone as awful as Leno survive for nearly 22 years on television’s premier late-night talk show? And how did he not only survive—how did he thrive? His dominance in the ratings and in the hearts of undiscriminating parents nationwide couldn’t have been all because of that Hugh Grant interview from 1995, could it?

Before I go any further, I should clarify that this is not an “in defense of Jay Leno” piece. I’m not going to claim that he was secretly great, or that “Headlines” was the height of comedic brilliance. Jay Leno was the pits, and his run on The Tonight Showwas bland and inoffensive at best, and aggressively bad at worst. But in forcing myself to watch him over the past few months—and believe me, it’s been a chore—I think I’ve discovered the not-so-secret secret to Leno’s nefarious run. Put simply, Leno may have been bad, but he was good at being bad.

It’s useful to remember that Jay Leno’s crappiness wasn’t always self-evident. Throughout the ’70s and ’80s, he was one of the freshest and most exciting stand-ups in the business. His early appearances on Letterman’s Late Night demonstrated a comedian at the height of his powers: cool, confident, and, most importantly, funny. His role as the permanent guest host of Johnny Carson’s Tonight Show was a needed injection of youth and vitality into a slowly fossilizing show. It’s no wonder that in a Comedy Bang! Bang! episode taped amid the great Leno-O’Brien controversy of 2010, Patton Oswalt correctly remembers the early Leno as “one of the best comedians of our generation.” Long before the dreadful “Iron Jay,” there was simply Jay Leno, comedian.

So what went wrong? In the same Bang! Bang! interview, Oswalt expresses his “hurt and disappoint[ment]” that Leno sold his comedic soul in order to joylessly host The Tonight Show. Where someone like Letterman or O’Brien had seen the gig as an opportunity to push it into different and exciting places, Leno simply wanted it for the sake of having it. “A guy winning that doesn’t even know why he wants to win the thing,” is how Oswalt puts it.

I get what Oswalt is saying, but I think he sells Leno short in suggesting that he never cared about The Tonight Show, or that he was lazy after getting his grubby mitts on it (and back on it). Because if there’s one thing Jay Leno was not, it was lazy. By all accounts, Leno was addicted to his work, sweating every Kim Kardashian joke with his writers during the week and flying out to perform at various Midwest casinos on the weekends. And that glum dedication showed: During his monologues (the only part of his show I could stomach), Leno would give each tepid joke the full-blown stand-up treatment: a faux-casual intro (“Hey, did you hear about Kanye West?”), a laugh to go along with the punchline, and a quick capper to seal the deal. This, in other words, was what made Leno such a favorite with the old and the old-at-heart: he sold his material. A general audience can buy into almost any flavor of comedy, but if the comedian isn’t delivering it with conviction, there’s usually no sale.

Letterman’s delivery, by comparison, is practically catatonic. An ironic distance and a veiled contempt for his own material have always been Letterman’s selling points, but the last decade or so has found Dave too often slipping into sheer laziness. Unless something happens to tickle his fancy (there was a period of time when he would play Michael Martin Murphey’s “Wildfire” every time he threw an index card through the window, to the delight of no one but himself), he simply barrels through each gag with all the enthusiasm of a McDonald’s cashier. It’s clear that he’s seeing certain jokes or Top 10 lists for the first time as he reads them on air. Leno, on the other hand, spit out each night’s monologue like it had been a part of his routine for 20 years. The man was a pro, even if his material rarely rose above “looks like those clowns in Congress did it again” levels.

And about that material: At the end of the day (or night), Leno’s monologue material was no better or worse than other late night hosts. Letterman, Jimmy Fallon, O’Brien, and Jimmy Kimmel all have been hitting the same beats as of late: Chris Christie is fat, the NSA is watching you, Justin Bieber is a doofus. (Only Craig Ferguson pushes the late-night monologue into willfully wild and wooly places, an approach that can grow a bit tiring.) Each host relies on similar hoary bits, each mines lame jokes out of obscure polls and dopey sex surveys, and each freely indulges in “stuff we found on YouTube” filler. But at least Leno delivered that material with the confidence of a veteran stand-up who still lives or dies on the laughter of his neighborhood Chuckle Shack. Call it hacky, or call it old-school professionalism.

And it was that professionalism—however detached, however uninspired—that made Jay Leno such a success. During a typically undistinguished show from November (with musical guest Blake Shelton!), Leno shrugged off a bombed monologue joke with a snarky aside: “I know it’s stupid, but I only have a couple of months left, so I don’t care!” The way he eased into the next joke with a chuckle and yet another “Hey, did you read this?” showed that, even in the end, he clearly did.