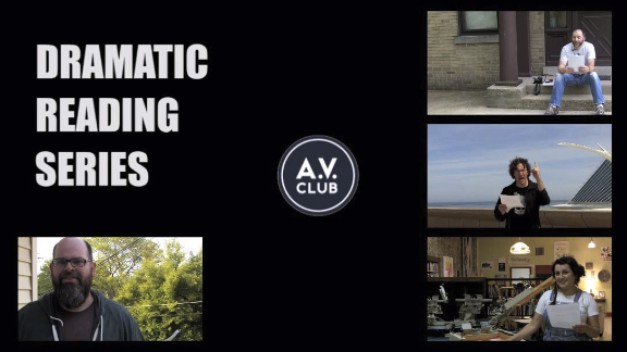 Do you enjoy reading? Watching other people read? How about watching other people read…dramatically? If so, you’ll dig our new Dramatic Reading Series, a semi-regular feature that promises to do for dramatic reading videos what Edison did for the light bulb, what Ford did for the assembly line, and what James Taylor did for sensitive dudes with guitars. Or, more likely, not.

Here’s the idea: We invite local musicians, artists, photographers, malcontents, and general folks-about-town to give dramatic (or semi-dramatic) readings of ridiculous local things. Anything is fair game: baffling song lyrics, hopeless morning-show transcripts, local celebrity tweets, etc. (We’re looking at you, Susan Kim.) We then videotape the proceedings, throw it all together in an off-brand editing program, and present it to the world.

For our first installment, we decided to ring in Summerfest 2011 by again turning to that deep well of inspiration known as the JSOnline.com comments section. Back in March, the site announced that the one and only Kanye West would be performing at Summerfest. Of course, the site’s many thoughtful, erudite commenters had a field day with this news, and predicted West’s terrifying fans—a.k.a. college students—would destroy the family-friendly fest. What follows is a series of actual JS comments related to the Kanye show, read aloud by some of your fellow Milwaukeeans. Enjoy.