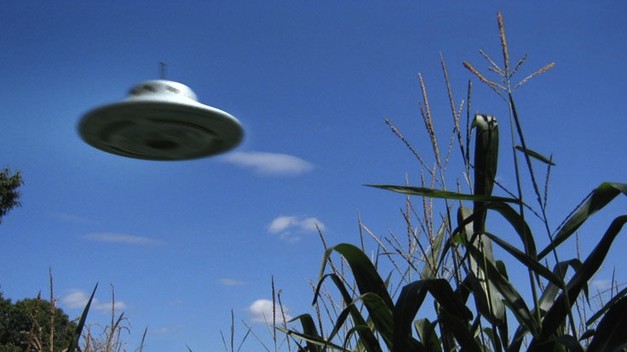 If levels of fascination with ghosts and ghost hunters are any indication, the paranormal is alive and well (or would that be dead and well?) in the 21st century. In Wisconsin, a new group of supernatural “investigators” seems to pop up every week, each one more ridiculous and goateed than the last. But a bunch of bozos armed with night vision cameras is just the tip of the iceberg—our state has a rich history of dopey run-ins with the paranormal. Far from big-timers like Roswell or the Amityville Horror, these encounters tend to be adorably modest, and include spooky bunk beds and physics-defying cabins. What follows is just a small sampling of Wisconsin’s many cringe-inducing encounters with the “unknown.”

Horicon’s haunted bunk beds
Ever since the Amityville Horror case wowed the easily wowed in the late ’70s, haunted house stories have followed a familiar script: Family moves in, weird stuff starts to happen, family flees in terror. (Isn’t it odd that ghosts always choose to slowly ramp things up? Why not just break out the flying furniture and bleeding walls on day one?) Back in 1988, the small town of Horicon found itself at the center of a media circus when residents Allen and Deborah Tallman claimed their ranch-style house was haunted. Along with strange noises, irritable pets, and a snowblower that moved on its own, the Tallmans claimed their children’s bunk beds were haunted. (So haunted, in fact, that the family wound up burying the beds in a nearby landfill.) The case eventually made it all the way to an episode of Unsolved Mysteries, where it was given far more legitimacy and Robert Stack gravitas than it deserved.

Underground Bong base
Located just outside of Burlington on Wisconsin Highway 142, the Richard Bong State Recreation Area has long been a favorite destination for nature lovers and snickering 16-year-olds alike. But the park is much more than a local hub for stoners—if some dubious websites are to be believed, it’s also home to a secret underground base, a disused UFO landing strip, an “intra-dimensional portal,” and a host of other spooky nonsense. Of course, partake in enough of Bong’s unofficial “recreational activity,” and even the most innocent “No Trespassing” sign could make you think you were entering Wisconsin’s very own Area 51.

Dodge County crop circles
In 1991, two elderly British pranksters, Doug Bower and Dave Chorley, confessed to igniting the crop circle craze nearly 30 years earlier by creating circles with simple, handmade tools. Sadly, this confession has done little to slow this dopey “phenomena,” which assumes intelligent beings from other planets have nothing better to do than muck around in Earth cornfields. While Wisconsin has had its share of crop circles, none have been quite as crummy as the ones found outside the minuscule town of Kekoskee in 2003. The circles were quickly deemed legit by a team of “experts,” who claimed no human being could possibly bend stalks of wheat without breaking them. Upon closer inspection, however, the laughably misshapen circles were clearly the product of terrestrial—and likely inebriated—minds.

UFO over downtown Milwaukee
In an era when most people have video-equipped cell phones in their pockets, isn’t it strange that more dramatic UFO evidence hasn’t surfaced? Not surprisingly, the videos that do manage to pop up tend to be a bit underwhelming. Take this video shot in downtown Milwaukee on August 28, 2010: It shows nothing more than a blinking light hovering in the sky, yet it’s been cited as irrefutable proof that famous “alien abductees” like Travis Walton and Whitley Strieber aren’t completely full of shit. [They’re full of shit. —ed.] As in most cases of the paranormal, it’s best to apply Occam’s razor: Either intelligent beings regularly visit our planet—changing everything we know about the cosmos—or a bunch of downtown drunks filmed a balloon for 10 minutes.

The Wonder Spot
When Wisconsin Dells’ famed Wonder Spot was demolished in 2006, the entire state lost an iconic, deliciously dumb “paranormal” attraction. Supposedly built atop a “gravity vortex” (or affected by nearby igneous rock formations, depending on whom you asked), the mysterious Wonder Spot cabin seemed to defy physics. Water ran uphill, chairs stood on two legs, and baffled tourists seemed to stand at 45-degree angles. Of course, it was all just an optical illusion—the cabin was simply built perpendicular to the slope of a hill. Sadly, traces of The Wonder Spot’s goofy glory are now all but gone (a chair and a watering can were donated to the Wisconsin Historical Society), and the once-chintzy charms of the Dells continue to give way to monster water parks and “extreme” thrill rides. So long, Tommy Bartlett’s Robot World, hello Tommy Bartlett’s “Exploratory.”