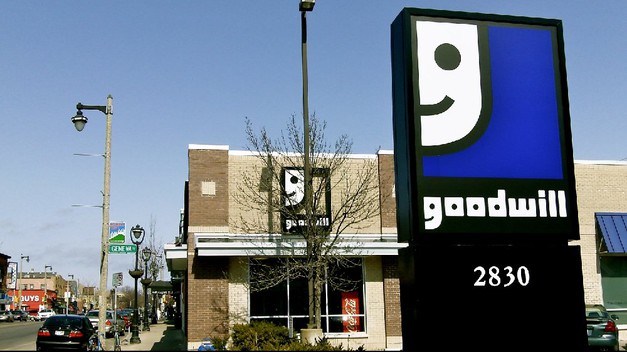 Back in September 2010, a pint-sized controversy erupted when Goodwill Industries Of Southeastern Wisconsin announced plans to open a new store on Milwaukee’s East Side. The proposed location—2830 N. Oakland Ave., near the intersection of Oakland and Locust St.—was the former site of a Walgreens, and had stood empty (aside from the occasional Halloween costume store occupation) for three years. But a group of neighborhood businesses quickly raised concerns that Goodwill would be ill suited to the area. Among other things, they suggested the store use a different name, and pointed to Goodwill Industries’ “Retique” store in the Historic Third Ward as an example. Later, “Goodwill On Oakland” was offered as a possible “We’re Goodwill, But Fancy!” alternative.

When the story was first reported in the Journal Sentinel, the site’s ever-erudite commenters had a field day. Implicit in these re-naming suggestions, they argued, was the notion that snobbish East Siders didn’t want something as downscale as Goodwill in their fancy-schmancy neighborhood. And heaven forbid if the kind ofpeople who frequent the second hand store started stomping around the area’s immaculate lawns and lavish rose gardens.

Never one to miss an opportunity to stick it to snobby urbanites, conservative columnist (and A.V. Club super-friend) Patrick McIlheran got in on the action, penning a column that mocked the dreaded East Side liberal elites. Paddy Mac even pulled a “jes’ plain folks” routine by noting he was, in fact, currently wearing a pair of $2 Value Village pants. At least, one of his commenters pointed out, he was actually wearing pants. (We like to imagine that McIlheran does most of his writing in the nude, covered only by a tattered American flag and the withering glare of Charlie Sykes.)

Now, months later, the Oakland Avenue Goodwill has finally opened to little fanfare and/or uproar. So how does the business fare after the Slobs Vs. Snobs mini-controversy? For starters, all the hemming and hawing about the store’s name has apparently led to nothing: It’s simply called Goodwill. It’s not Retique, not Goodwill On Oakland, and not The Snooty Liberal Elite’s Pants-A-Porium—just plain old, vanilla Goodwill.

Inside, the store is similarly unremarkable. Like most modern-day Goodwill locations, it’s clean, bright, and spacious, almost to the point of corporate anonymity. Swap out some merchandise and signage, and, in the drop of a slightly sweat-stained hat, it could be a Blockbuster, a Best Buy, or a Verizon store. (Or, you know, a Walgreens.) The clientele skews heavily collegiate, and merchandise seems to be moving in and out briskly. The location’s current selection is somewhat small, however, and a lot of the bric-a-brac seems to have been ported over from other stores. Still, it’s an ideal place for perpetually broke students to donate and purchase clothes, textbooks, and/or LCD Depth Sounder Fish-Finders.

But does the business belong in such an “upscale” neighborhood? Well, as the JScommenters correctly pointed out back in September, the neighborhood isn’t all that hot to begin with. The immediate area of Oakland Avenue in question is home to such hoighty-toighty businesses as Otto’s liquor store, Axel’s, Oakland Gyros, Cousins, Subway, and two head shops. Directly across the street from the new Goodwill is a scuffed-up Little Cesar’s, for Christ’s sake. So, yeah, the area’s kind of a beat-up college thoroughfare, but as many have pointed out, a brand-spanking-new Goodwill sure beats an empty, boarded-up Walgreens.

At the same time, the Goodwill building is still an ugly big-box store. McIlheran and his ilk enjoy sneering at those darn elitist East Siders (broke college students, broke stoners) who would view Goodwill as unattractive, or, in McIlheran’s words, “declasse.” Of course, nothing about the business is declasse—it’s a wonderful, noble enterprise, and a good fit for nearby students. But let’s face it: There’s nothing more depressing than another cavernous, anonymous building lining the street. The surrounding area may not exactly be Main Street U.S.A. (or, hell, Brady Street), but continuing to build or rehab drab big-box stores in an otherwise distinctive neighborhood is the dullest kind of progress, even if you call the damn things “Retique.”

So is a Goodwill store better than an empty Walgreens? Sure, but as with so many other things in life, it’s a shame we’re stuck with two hopelessly bland options.