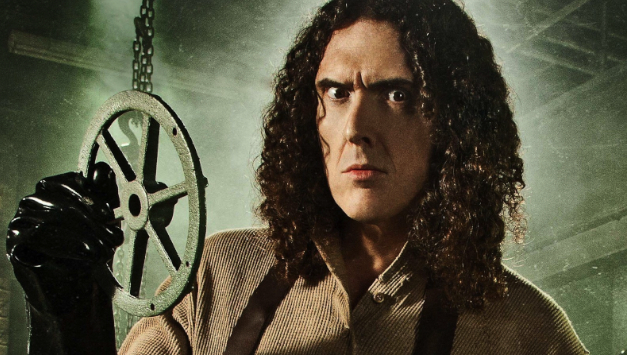 By his own admission, “Weird Al” Yankovic specializes in the disposable. On the new Alpocalypse, Yankovic once again goofs on an increasingly throwaway pop landscape, and barely manages to keep up. (Five of the album’s 12 tracks were previously released on the 2009 digital EP Internet Leaks.) But while a parody of a 2008 Taylor Swift song may not sound particularly fresh, Alpocalypse is the most enjoyable collection of Yankovic tunes since 1996’s Bad Hair Day.

Too bad it gets off to such a middling start. After all the will-she-or-won’t-she hoopla surrounding the Lady Gaga parody “Perform This Way,” the song itself winds up being a wash: Even by Al’s good-natured standards, it’s remarkably toothless. (Spoiler alert: Lady Gaga does some outrageous stuff!) Better are the album’s less timely but sharper spoofs: The extended recession gag “Whatever You Like” (a parody of the T.I. song) is funny and pointed, and the pleasures of listening to Yankovic cheerfully chirp about cyanide pills, waterboarding, and political assassination on the Miley Cyrus send-up “Party In The CIA” should be obvious.

Even more winning are the handful of original “style parodies,” which include the White Stripes-channeling Charles Nelson Reilly tribute “CNR” and the Queen/Ben Folds hybrid “Ringtone.” The epic closer “Stop Forwarding That Crap To Me” is tuneful and ridiculously well-observed (“But I have high hopes / someone’ll point you toward Snopes”), and the album highlight, “Skipper Dan,” is a surprisingly dark tale of a failed actor working as a Jungle Cruise tour guide. Both songs find Yankovic leaving the shackles of parody behind, and simply crafting funny, memorable tunes, free of shtick or a sell-by date.