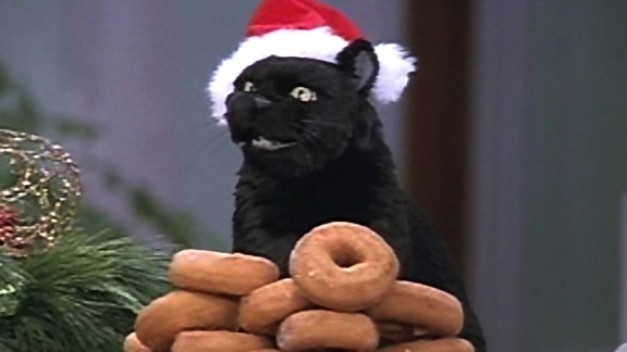 In a move not seen since the great Teenage Mutant Alien Ninja Turtles dustup of last month, Sony Pictures has dug around its box of old VHS tapes, found a T.G.I.F. mega-mix, and decided that it’s high time to give Sabrina The Teenage Witch a much-needed fucking with. Deadlinereports that the seven-season Melissa Joan Hart paycheck—based on the original ’60s Archie comic—will be given the usual “edgy” live-action movie update, namely by turning it into a Spider-Man-esque origin story about a girl coming to terms with her extraordinary powers. Andrew Barrer and Gabriel Ferrari of the upcoming Die In A Gunfight (edgy!) will handle the screenplay, while producers Don Murphy and Susan Montford of Real Steel (edgier!) will do their best to include a scene of a giant robot battling Caroline Rhea to the death.

But perhaps most distressing to canon-conscious Sabrina fans is the news that Salem the talking cat will be given a new and probably-not-improved backstory. Originally a warlock stuck in an American Shorthair’s body, Salem will now be a transformed prince, “creating unique love stories for Sabrina.” One can only hope for an aggressive campaign from Melissa Joan Hart to reprise her role as the now cat-romancing superhero Sabrina, or at least an ill-considered “sodomizing” remark that will remind everyone that Melissa Joan Hart is still alive, well, and currently working with Joey Lawrence.