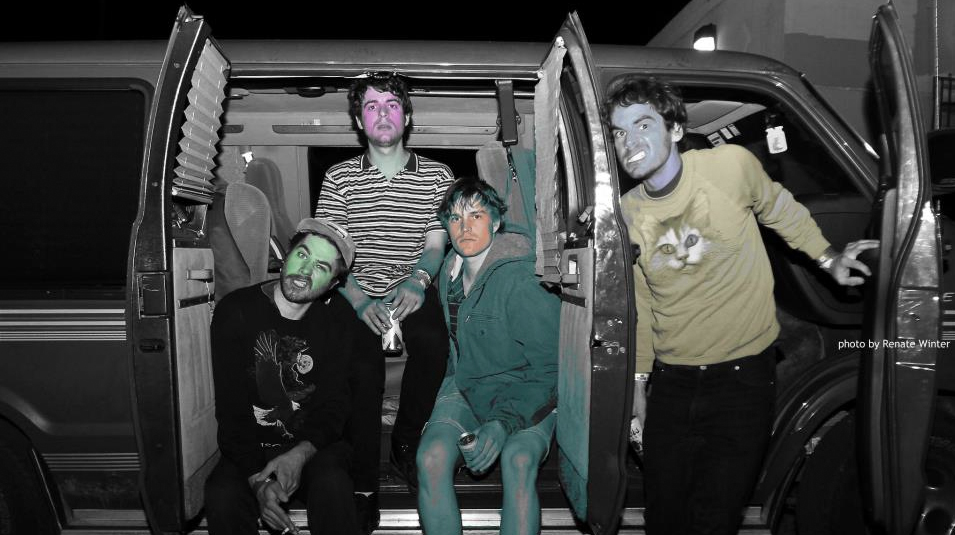 2013 was a ridiculously good year for Milwaukee music. Stellar albums from veteran bands like The Fatty Acids and Northless provided a sense of continuity, while unexpectedly great records from newer groups like Soul Low and Dogs In Ecstasy pointed towards the local music scene to come. Toss in some terrific offerings from Hello Death, Faux Fir, and Like Like The The The Death, and you had a year bursting with home-brewed goodness.

Canopies
Way way back in 2011, a self-titled debut EP from never-heard-of-’em Canopies appeared without so much as an overly earnest press release. What made that EP notable, however, was just how thrillingly assured and infectious it was. Splitting the difference between moody ’80s synth-rock and 21st century chillwave, Canopies’ five-song debut was an instant earworm classic. The band quickly capitalized with a steady stream of high-energy local shows; sadly, Canopies have been quiet for a year or so. (Hell, we’re not even sure they’re still together.) However, another unexpected, fully formed album in 2014 would be a surprise worth waiting for.

The Delphines
Few Milwaukee bands were busier in 2013 than The Delphines (it was hard not to see them live), which may make their inclusion on this list a bit puzzling. But let us explain: Yes, The Delphines have released a record’s worth of jumpy, lo-fi, B-52s-by-way-of-GBV songs in the past two years, but they have yet to release, well, a record. While a steady stream of EPs and singles in 2014 would be fine, a cohesive full-length album might be the next step The Delphines need to become an unstoppable Milwaukee heavy hitter.

Field Report
Christopher Porterfield has the unnerving ability to write songs that sound like they’ve been a part of your life for decades, as if you discovered them as a kid while digging through your parents’ record collection. After putting his Conrad Plymouth moniker to rest in 2012, Porterfield formed the similarly folk-minded Field Report, and soon released an incredible self-titled record. If his recent performance at “Nick Sanborn: Lend Me Your Voice” for Alverno Presents is any indication, Porterfield has plenty of new material, making 2014 a good year for a new, instantly old Field Report album.

Heidi Spencer And The Rare Birds
No one in town creates haunting, sepia-toned sketches of love lost and found better than Heidi Spencer. Her 2011 album with backing band The Rare Birds, Under Streetlight Glow, was one of the best of the year thanks to gorgeously sad tunes like “Hibernation” and “Alibi,” as well as her unmistakable voice. Spencer hasn’t been entirely absent as of late—her vocal contributions to last year’s Buffalo Gospel album, We Can Be Horses, were highlights in a record already stuffed with them—but a new album of her own material is long overdue.

Jaill
2012’s Traps, the second Sub Pop album from Milwaukee’s Jaill, is the kind of impeccably crafted, no-fuss indie-rock album that gets overlooked these days. Clearly, a group of guitar-wielding dudes writing catchy songs is no match for some goofballs in suspenders yelling “Hey!” But even if Traps failed to make a splash nationally, it certainly cemented Jaill’s reputation in Milwaukee. After a tour-heavy 2013, the band is reportedly back in the studio; hopefully the new material lives up to songs like “Waste A Lot Of Things” and “Horrible Things (Make Pretty Songs),” which have become Milwaukee sad-bastard bar-music staples.