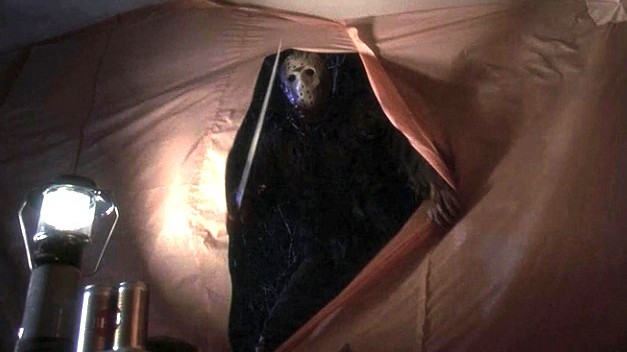 Back in May, a group called ArtPlace America—a collaboration between numerous national and regional foundations and the National Endowment for the Arts—awarded the Greater Milwaukee Committee, ART Milwaukee, and Beintween a hefty $350,000 grant for a project called “’Creational Trails: A Placemaking Experience in Milwaukee.” What is ’Creational Trails, you ask? According to the project’s website:

’Creational Trails is a network of improv(is)ed spaces, projecting identity through light and sound to activate spaces as a means of breaking down barriers in Milwaukee. The trails will activate two linear pathways to connect neighborhoods that are divided by physical, racial and economic barriers by installing interactive light and sound art pieces in residual spaces, turning them into safe, walkable and bikeable destinations. ’Creational Trails also seeks to provide amenities such as bike lanes, cafe seating, edible landscaping, pop-up businesses and lighting.

Still reading? Seriously, I wouldn’t blame you if you tapped out around the “interactive light and sound art pieces in residual spaces” part. Anyway, one of the two “linear pathways” the project is concerned with is a 10-block stretch of W. Wisconsin Ave., in the heart of Downtown Milwaukee. That area is now the focus of a “call for placemaking,” in which $50,000 is being offered to local “creatives, placemakers, and artists” who can best, um, “activate the geography” of Wisconsin Ave. during a “rejuvenating weekend of overnight urban camping.” Let me repeat that last part: a “rejuvenating weekend of overnight urban camping.” On Wisconsin Ave.

At least that’s what I think this whole thing is about. I’m not exaggerating when I say that even after reading this “call for placemaking” a half-dozen times, I’m still not sure what it’s supposed to mean. Hell, I’m not sure it’s written in English. Just try to wrap your brain around some of these marketing-speak howlers:

We are working from a definition of art that stimulates the production and exchange of culture understanding that art can incite change in behavior and perception, art can prompt unexpected and unlikely connections, art can make the invisible visible and art can resonate with a deep level of being human.

We are contributing to the acknowledgment and generation of a creative infrastructure of placemakers in Milwaukee as a model for a mid-size American city’s relationship to public space, economic development and cultural integrity.

We agree with our ArtPlace America in believing that art, culture and creativity expressed powerfully through place can create vibrant communities, thus increasing the desire and the economic opportunity for people to thrive in place. We embrace the local.

We are make the art that stimulates the placemaking and culture that resonates with public space and vibrancy. Sheesh.

Labyrinthine non-language aside, let’s dig into a few reasons why this project puzzles me. First, there’s the idea that camping out on Wisconsin Ave. is somehow related to “art,” and should therefore be funded by an art grant. I’ll be honest: Setting up a tent in the middle of Downtown Milwaukee, tossing around some bean bags, and dodging Brother Ron’s Jesusmobile for a weekend isn’t the worst idea in the world. In fact, it’s kind of neat, I guess. (The event is tentatively scheduled for June 2014. For the time being, let’s ignore the fact that it would be a logistical nightmare and nearly impossible to pull off.) But staging an urban camping trip under the banner of art? You can toss dozens of paintings on the sidewalk and hire dozens of “live artists” to do their thing in front of Applebee’s, but calling a weekend tent-out on Wisconsin Ave. anything other than a publicity-garnering party is pushing it.

Second, there’s the matter of crowdsourcing. Why are the recipients of a $350,000 art grant asking others to do their art for them? $50,000 for deserving local artists is nice (these artists have to pitch their ideas in something called “Tournavation,” which I’m guessing is a lot like the “Carrousel” from Logan’s Run), but what about the remaining $300,000? And what, exactly, are artists being asked to submit? Ideas that generate “a sensation of comfort and safety to set a tone for meaningful exchange between people understanding the breadth of cultures in Milwaukee”? How about projects that “extend the existing vivacity common to the Riverwalk, East Wisconsin Avenue, Old World Third Street, the Third Ward and other areas around Downtown”? Do GMC/ART Milwaukee/Beintween really expect quality submissions when their request for proposal reads like poorly translated videogame dialog? (“All your art are belong to us!”)

Finally, I’m once again concerned with Milwaukee’s sudden fascination with “placemaking,” as well as the organizations that preach its increasingly flimsy gospel. They mean well, I suppose—we all want to see cool shit happening in our city—but they use art (and worse, artists) as just another bullet point in their constant spiels about a city’s “vibrancy,” and just another number to be chalked up when requesting more cash. They also create yet another layer of bureaucracy between real artists and real money. In a biting piece for Salon, Thomas Frank neatly sums up the booming business currently surrounding the ideas of creativity and innovation: “Creativity, they all tell us, is too important to be left to the creative.”

That’s how I feel about “placemaking” and projects like this: they’re simply business and marketing disguised as art. There’s no real interest in art—only the idea of art. The solution to this problem may be naïve, but it’s simple: If you want to support art, give money to artists. If you want to camp out in the middle of Wisconsin Ave., leave the art at home, and worry about the bean bags.