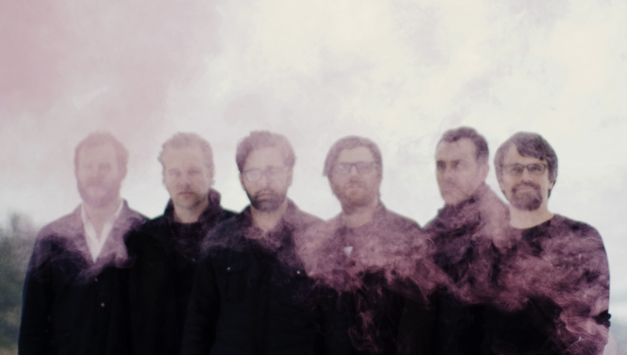 Justin Vernon’s cabin-in-the-woods origin story may have been relatively novel in its day, but the way in which he’s handled his subsequent success has been decidedly retro. Music-biz gripes, hints at mothballing the Grammy-winning Bon Iver, and the formation of no-fuss blues-rock outfit The Shouting Matches seem to be beamed in from a time when celebrated artists regularly bitched about fame and the “bullshit” music world. There are precious few hands to bite or expectations to buck on Repave, Vernon’s second album with Volcano Choir, and that’s for the best. Freed from the Bon Iver name and let loose in the craggy post-rock topography mapped out by his collaborators (many of them past and present members of Milwaukee’s Collections Of Colonies Of Bees), Vernon arrives at one of his most rewarding destinations to date.

That’s not to say Repave is entirely free of the Bon Iver sound; the shadow of 2011’s Bon Iver looms especially large on the record. Opener “Tiderays” borrows the quiet bombast of “Holocene,” the sparkling “Comrade” wouldn’t sound out of place next to “Calgary,” and Vernon’s lyrics remain as inscrutable as ever. Still, it would be wrong to classify Repave as anything other than a Volcano Choir album. Vernon’s longtime compatriots are largely to thank for that, especially guitarist Chris Rosenau and drummer Jon Mueller, who provide the album with a jittery nervous system and a muscular, volatile pulse, respectively. The sum of the group’s power can be found on the jaw-dropping “Byegone,” a barely controlled explosion of a song that scorches everything before and after it. The rest of Repave is no less triumphant, however, and resonates with a brotherly vibe of old friends taking stock—the defiant gang vocals on “Acetate” (“But I won’t beg for you on acetate / I won’t crawl on you to validate”) and the inclusion of a Charles Bukowski reading during the outro of the wounded-but-hopeful “Alaskans.”

In recent interviews, Vernon has downplayed his authorial stamp on the long-in-the-works album, copping only to being a lyricist and a singer. A few tracks bear that out, yet the album remains surprisingly cohesive, effectively splitting the difference between the fussed-over refinement of Bon Iver and the sometimes unfocused experimentation of Volcano Choir’s first album, 2009’s Unmap. It’s a balancing act that pays off. In the past, Volcano Choir may have been an expectations-minimizing, second-stage Justin Vernon act; with Repave, it comes tantalizingly close to becoming the main event.