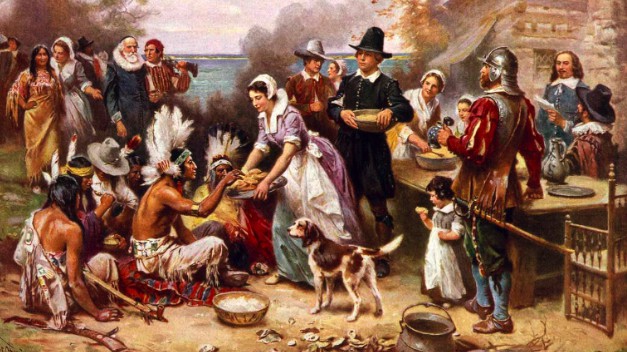 When well-funded tourism groups or well-meaning citizens are asked what they love about Milwaukee, their answers can be depressingly vague. Great restaurants! Great nightlife! Sure, these things may be true, but they could be said about nearly any city in the country that happens to have a few cool bars and a smattering of farm-to-table restaurants. What makes Milwaukee, you know, uniquely Milwaukee? With the spirit of Thanksgiving coursing through our veins like so much tryptophan, The A.V. Club decided to spread the love and round up a few specific things that Milwaukee can be thankful for, from the no-brainers to the hidden gems.

91.7 WMSE and 88Nine Radio Milwaukee
A city with one independent radio station can consider itself lucky—Milwaukee can sleep (and listen) well knowing it has two. WMSE and 88Nine offer up slightly different yet complementary flavors of indie radio, but both put their money where their mouths are when it comes to supporting local music. Delete Pandora from your laptop and cancel your Spotify account: music was meant to be heard left of the dial.

Alverno Presents
No arts organization brings a more diverse, cutting-edge lineup of local and national talent to Milwaukee than Alverno Presents. Now in its 53rd season, the series has already hosted this year’s Global Union festival, a pared-down production of Shakespeare’s Cymbeline, the Trisha Brown Dance Company, and Jon Mueller’s devastating Death Blues. Up next for early 2013: a salute to American songwriter Stephen Foster featuring members of Field Report and Juniper Tar; and a love letter to the gone-but-not-forgotten Harry W. Schwartz bookstore. This is art you can’t find anywhere else, Milwaukee or otherwise.

The Bucks
Hear us out on this one: The Milwaukee Bucks may be a forever-struggling team, and the Bradley Center may be in dire need of more than a new name, but the fact that a city the size of Milwaukee can support two professional sports organizations is remarkable. And hey, the Bucks are looking pretty spiffy this year, so there’s no better time to hop on the bandwagon.

Dive bars
Progress is a double-edged sword: the push towards a bright and shiny future is the only way a city can survive, yet that push can erase many of the things that make that city unique. Milwaukee is luckier than most in that it still has a thriving tradition of endearingly dumpy, unpretentious dive bars that have remained untouched since the early ’70s. Skip the McClubs and spend a night at the Falcon Bowl, the Y-Not II, or, if you’re feeling lucky, Gee Willickers.

Journal Sentinel arts coverage
The editorial voice of the state’s newspaper of record may be shrinking with each successive buyout, but the Journal Sentinel’s arts coverage remains remarkably robust. Much of the credit goes to art critic Mary Louise Schumacher, who brings an unparalleled expertise and passion to a job that is becoming increasingly rare in 21st century newspapers. Toss in knowledgeable and thorough coverage from recently hired music critic Piet Levy, and you have a daily paper worth the pulp (or the virtual pulp) it’s printed on.

Milwaukee Film
For the past five years, Milwaukee Film has done the seemingly impossible and staged a world-class film festival in our relatively humble, sometimes camera-shy backyard. The 2012 Milwaukee Film Festival was an unqualified success, seeing a 40-percent increase in attendance over 2011. More than 200 films lit up the screens of the Landmark Oriental Theatre, the Landmark Downer Theatre, and the Fox-Bay Cinema Grill over the course of 15 days, and a slew of parties, panel discussions, and live music showcases also filled the packed schedule. And when Milwaukee Film isn’t busy putting on a real big show, it’s holding monthly member screenings at the Oriental. Not a member? Not anymore.

Milwaukee Public Museum
They don’t make ’em like this any more: MPM’s financial health may be erratic at best, but its permanent exhibits remain decidedly old-school and, well, permanent. Take the 1880’s-themed Streets of Old Milwaukee, which has been around nearly as long as the period it represents. Then there’s the museum’s many detailed (and dusty) dioramas, which bring history to life without all the newfangled bells and whistles—well, unless you count that hidden “snake button” as high tech.

Pabst Theater/Riverside Theater/Turner Hall Ballroom
There was a time, not too long ago, when top-tier bands would take the day off between their Chicago and Twin Cities tour stops. Of course, that was before the Pabst Theater, Riverside Theater, and Turner Hall Ballroom put Milwaukee back on the musical map. Everyone from Wilco and Bon Iver to Tune-Yards and Dirty Projectors are regular acts at the Pabst Theater Foundation’s affordable, well-run venues, elevating Milwaukee from an “off day” to a “can’t-miss” city.

Summer festivals
This one’s a no-brainer, so we’ll just name a few summer blowouts off the top of our heads: Summerfest, Locust Street Festival, Brady Street Festival, Center Street Daze, Rockerbox, Summer Soulstice, Global Union, and approximately 8,000 ethnic fests. Milwaukee’s reputation as the “City of Festivals” may be about fresh as a joke about Happy Days, but it’s clearly well deserved and appreciated.

Bob Fucking Uecker
The term “Renaissance man” gets tossed around a lot these days, but few fit the bill quite as well as Bob Uecker. The one and only “Mr. Baseball”—a.k.a. Major League’s Harry Doyle and Mr. Belvedere’s George Owens—has been the voice of the Milwaukee Brewers for more than 40 years, giving fans and non-fans alike a reason to flip on the radio and bask in nine innings of non sequiturs, impossibly dry jokes, and the occasional play-calling. Not only is Ueck a living legend, he’s a Milwaukee living legend.