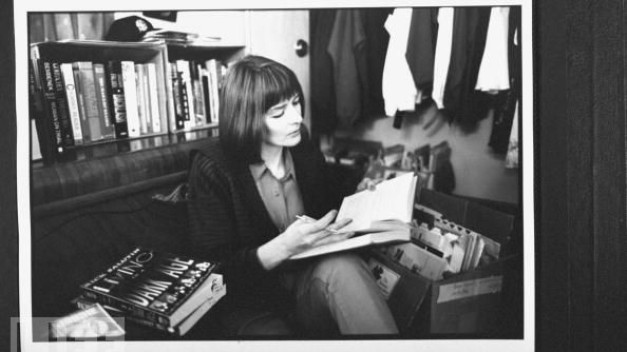 In the early morning hours of May 28, 1981, a 30-year-old mother of two named Christine Jean Schultz was shot to death in her South Side Milwaukee home. Though statements from Schultz’s children described the assailant as having a reddish-brown ponytail and wearing a green jogging suit, the Milwaukee Police Department would eventually arrest an unlikely suspect: 22-year-old Lawrencia Ann Bembenek.

Blonde, pretty, and a onetime employee of the Lake Geneva Playboy Club, Bembenek was an ex-cop who had recently brought suit against the MPD for sexual discrimination. More importantly, she was the current wife of Schultz’s ex-husband, MPD detective Elfred “Fred” Schultz. Bembenek claimed she had been framed, and would maintain her innocence throughout a highly publicized trial and her subsequent near-decade stint in prison. A fawning local and national media sympathized with the fetching “Bambi” Bembenek, in part because the case against her was so inherently flawed. (The other part was that she happened to be a ranking babe.)

The Bembenek saga would prove to be a classic true-crime page-turner: a tale of sex, murder, crooked cops, jilted lovers, and nude volleyball parties at Riverwest hangout The Tracks. It was a bizarre story that eventually came to a head in the summer of 1990, when Bembenek escaped from the Taycheedah Correctional Institute and spent three months on the lam. Hundreds of hours of ensuing media coverage and two made-for-TV movies put Milwaukee on the trash-culture map. Forget art, nightlife, or a sports team worth a damn—sometimes the best thing for a city is a big, juicy scandal.

Of all the detritus that resulted from the Bembenek fracas, Kris Radish’s Run, Bambi, Run seems to best embody the story’s seedy,Lifetime movie-of-the-week quality. Published in 1992, it’s a trashy paperback of the highest order, a brisk, pulpy read that successfully brought the sordid tale of a beautiful, wrongly accused Milwaukee woman to grocery store checkouts and airport bookstores everywhere. (For just one penny on Amazon.com, it can be yours.)

Trouble really started to brew for Bambi when she brought suit against the MPD. Using incriminating photos from a nude police picnic at Tracks—yes, a nude police picnic at Tracks—Bembenek attempted to sue the department for wrongful termination and sexual discrimination. The suit only won her more enemies, and sent an already troubled police department even deeper into scandal. As for Tracks, it remains a favorite party hot spot for young Milwaukeeans to this day, though it’s unclear just how many of these parties degenerate into “wet T-shirt contests and naked debauchery.”

It was around this time that Bembenek began seeing one of the cops in the photos, Fred Schultz. Because, hey, what girl wouldn’t fall for a closet nudist who works for the same group she’s suing? A passage describing the doomed couple’s first meeting typifies Radish’s tense, pulpy prose, and is only missing a dramatic “Duhn-duhn-DUHN!” after the final sentence:

“Laurie left Schultz standing in the doorway and hoped she would never see him again. Schultz was hoping for something else as he watched Lawrencia Ann Bembenek move across the yard and into her flame-orange Camaro. He knew they would meet again. The sooner the better.”

To say that Schultz was a bad influence on Bembenek would be something of an understatement: Within the next six months, the two would begin dating, move in together, and marry. Oh, and Bembenek would be arrested and convicted for the brutal murder of Schultz’s ex-wife.

The bulk of Run, Bambi, Run details Bembenek’s hopelessly circumstantial trial and her eight years spent in prison. Along with a great teaser—“Was the beautiful ex-cop a murderer? A shocking true-crime story!”—the front cover breathlessly promises “16 pages of dramatic photos.” This claim is technically true, especially if you find pictures of Bembenek sitting in various prison day rooms dramatic. In the end, the pictures do serve a useful purpose, if only to prove that even a stone-cold fox like Bembenek could be cut down to size by late-’80s fashion.

Radish presumes her subject’s innocence throughout, and all but names Fred Schultz as the mastermind behind his ex-wife’s murder. Bembenek’s eventual escape from Taycheedah, however, is barely given any mention, other than to note how “Run, Bambi, Run!” bumper stickers and “Bembenek Burgers” started popping up in Milwaukee bars soon afterward.

What’s most striking about the events of Run, Bambi, Run is how innocent they would soon seem. Like the recent “Barefoot Bandit” saga, Bembenek’s run from the law left the public positively giddy with excitement. (There’s no telling how many Facebook fans Bembenek would have netted today.) Unfortunately, this guilty giddiness wouldn’t last for long. One year after the Taycheedah prison break—the details of which have never been disclosed—Milwaukee would find itself associated with a new “celebrity”: a crazy, mixed-up kid named Jeffrey Dahmer. Suddenly, the thrill of being home to a nationally covered scandal was decidedly less appealing.

Run, Bambi, Run ends with Bembenek back in Taycheedah after her brief taste of freedom was cut short by her arrest in Canada. Of course, her bizarre story was far from over. She was officially released from prison in December ’92, and would spend the next decade trying to clear her name. In 2002, the Dr. Phil show offered to test some new DNA evidence that had come to light in the Schultz murder. The night before the taping—and for reasons unexplained—Bembenek jumped from a second-story hotel window, shattering her leg so badly that it had to be amputated at the knee.

Today, all traces of the Run, Bambi, Run scandal have been washed away. The homemade bumper stickers are long gone, and Tracks has since put a kibosh on its once-popular “Nude Cop Night.” As for Bembenek, she too has all but disappeared. Unimpeachable online resource Wikipedia ominously notes that the former Milwaukee cop/Playboy waitress/convicted murderer is “believed to live somewhere in the Pacific Northwest area.” It’s easy to imagine the now 51-year-old Bembenek magically healed, darting along the windswept coast of Oregon, or crashing through the dense, green forests of Washington State like some sort of mythological Bigfoot—forever elusive, forever running.