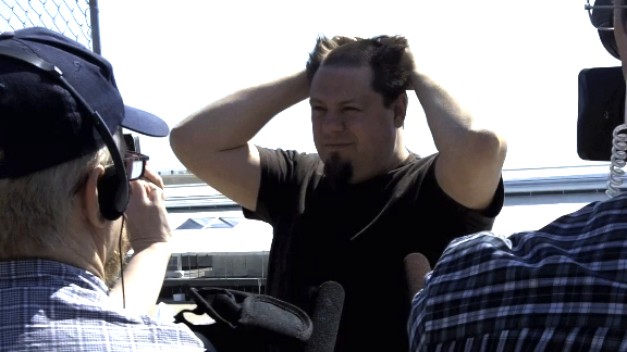 We love a good rabble-rouser here at The A.V. Club, especially one who is willing to put his or her money where his or her mouth is. Milwaukee’s Mike Brenner is no stranger to attention-grabbing publicity stunts: Back in 2007, the artist vowed to close his Hotcakes Gallery if the abomination known as the Bronze Fonz was erected in downtown Milwaukee. True to his word, Brenner closed up shop after the statue was unveiled. Somewhere, Tom Bosley hung his head in shame.

But what have you done for us lately, Mike? Well, in this A.V. Club video shot earlier this morning, Brenner uses the Milwaukee Art Museum’s upcoming The Emperor’s Private Paradise exhibit as an opportunity to show his solidarity with imprisoned Chinese artist Ai Weiwei. How does he do this? By shaving off his hair in front of the Calatrava, of course.

As you can see from the video, a handful of folks turned out for the fun, including the Journal Sentinel’s Mary Louise Schumacher, Luckystar’s Gene Evans, and a nice camera crew from WISN. Aside from a few “move it alongs” from the somewhat puzzled (and more than a little exasperated) museum security guards, there wasn’t much fuss. Shave it and weep, Chinese government.