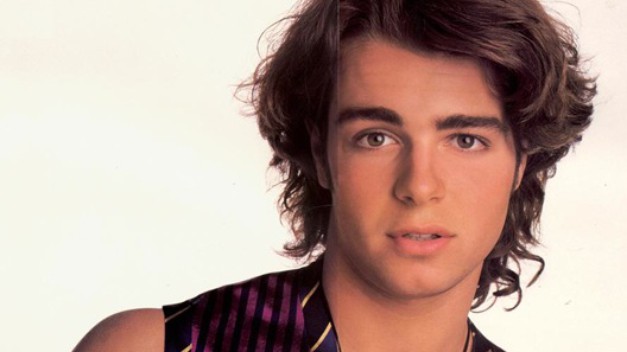 For reasons probably too depressing to contemplate, “ghost hunting” is big business these days. Countless television series dedicated to this dopey phenomenon currently litter the basic-cable airwaves, giving nominally skilled, middle-aged men with access to night-vision video cameras and cargo vans an exciting new career path. Here in Milwaukee, our very own paranormal investigators should be working around the clock, especially if Biography’s Celebrity Ghost Stories is to be believed. (And who wouldn’t believe a show called Celebrity Ghost Stories?)

On a recent episode, none other than former Blossom heartthrob Joey Lawrence recounts a terrifying visit to Milwaukee’s Pfister Hotel. It seems Lawrence, joined by his wife and infant daughter, found himself in town during a 2006 national tour of Dancing With The Stars. While nodding off in one of the Pfister’s “old,” “quaint,” and “not comfy or warm” rooms, the onetime Gimme A Break! moppet was awoken twice by the sounds and lights from his daughter’s toys. Later, the room’s bathroom light inexplicably turned on. Of course, Lawrence concludes that this low-level carnage could only have been the work of the restless undead. To quote Ghostbusters’ Dr. Peter Venkman, when faced with a “supernatural” stack of books: “You’re right, no human being would stack books like this.”

Lawrence goes on to explain that after seeking answers from the staff the next morning, he was regaled with a spooky tale involving the hotel founder’s son, a murdered bride, and an elevator shaft. (For the record, Charles Pfister had no children.) As he was checking out, Lawrence claims he made one last visit to the room and witnessed parts of the air conditioning unit fly through the air, scaring him “you-know-what-less.” Whether these damages were subsequently taken out of Lawrence’s deposit is never revealed.

Throughout the segment, Lawrence goes a bit overboard in describing the “spookiness” of the Pfister, and Biography’s Unsolved Mysteries-esque re-enactment makes it seem like an Overlook Hotel stocked exclusively by creepy old dudes in top hats. (Lawrence says the staff were dressed “like they were out of the game Clue.”) Still, reports of strange goings-on inside the swank downtown hotel are nothing new. This is, however, the first time a former Tiger Beat centerfold turned early-’90s R&B sensation has encountered any trouble. What’s next? Brian Austin Green tussling with the ghost of a pissed-off bellhop?

Though the supernatural typically falls outside the range of The A.V. Club’s expertise, we do like to employ Occam’s razor when it comes to such matters. So, take your pick: Either the malevolent ghost of a murdered bride haunts the room of the Pfister Hotel, finally solving the previously unsolvable mystery of life after death, or Joey Lawrence forgot to turn off some of his kid’s toys.